Daniel Cormier Responds To Jon Jones’ Reinstatement To The UFC 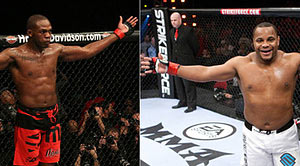 Congrats to Jon “Bones” Jones on his reinstatement to the UFC. For MMA fans this is a good day. A guy that has shown to be one of the greatest fighters of all time is back. As a competitor there could be no other outcome and this is the best news I’ve heard in a long time. Jon has said the right things and his actions are backing his words up. We all hope this is the last time we have to deal with anything like that. And lastly as a fan u get to see see 2 of the best fighters compete against each other. With that being said I can’t wait to compete against him again.

DC faced Jones at UFC 182 in January for the light heavyweight title, but was defeated by the former champ in a five round war by unanimous decision. Despite the loss, Cormier was awarded a Fight of the Night bonus.

A rematch is expected to take place early next year, if DC continues to retain the strap.