Armageddon Set To Lay Waste To The U.S. 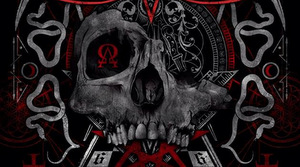 Armageddon will be touting tunes from their Captivity & Devourment full-length, issued earlier this year via Listenable Records. Metal Injection heralded the record, “a concise 10-song… masterpiece of masterful songwriting and tight band interaction,” while New Noise Magazine championed the offering’s, “blistering leads, neat riffs, and solid songwriting,” further noting, “it’s everything melodeath fans could ask for.” PureGrainAudio agreed praising, “a dramatic, powerful-sounding album and one that has more in the tank than just brute-force, metallic thrash.” Since releasing the album, the band has added vocalist Antony Hämäläinen, previously of Nightrage, to their ranks and are set to spread their unique brand of melodic death metal to the masses.