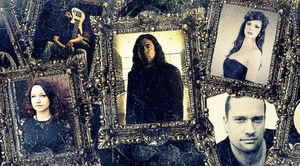 Melted Space, the metal opera created by French composer Pierre le Pape, will release its debut album, The Great Lie, on October 16th. From the sound of the new single, “No Need to Fear,” Melted Space is majestic, and looking at the cast of 10 vocalists (including David Vincent of Morbid Angel, Attila Csihar of Mayhem and Sunn O))), Mikael Stanne of Dark Tranquility) on the track, this is a massive project. Not to mention members from Orphaned Land, Shining, Ayreon, Sirenia, and the entire cast of The City of Prague Philarmonic Orchestra appearing elsewhere on the album.

Head on over to RevolverMag.com to stream “No Need to Fear.” Check it out and let us know what you think.

Pre-order links, an official lyric video, and more from The Great Lie will be released in the days ahead.