Hide-A-Key: Is It A Creepypasta Horror Anthology? 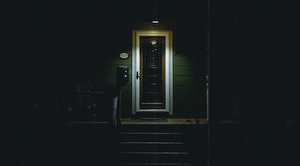 Hide-A-Key sounds like something inspired by creepypasta. Although the movie’s inception might have been born from somewhere else, the call out to the Dark Web certainly puts it in the creepypasta realm, as well as in the territory of a series of short films tied together by a central storyline, aka, anthology. Hide-A-Key starts shooting this fall in New Jersey, and from what Writer/Director Kirk White says below, it sounds exciting and fresh… even if the little teaser video (above) calls to mind something akin to Paranormal Activity, which I don’t think this is at all.

“I’ve always felt Horror works best when there’s a little slice of metaphor in there… a la Dawn of the Dead”, says Producer/Director Kirk White, currently knee deep in the pre-production awesomeness of Hide-A-Key. “It’s always wonderful to get a bunch of people in a house and disgustingly kill them all… and we are going to do that in spades… but if you can add an element of symbolism… subtle metaphor, I think the film ultimately will resonate beyond the WHOOOOOOOOOOAH factor. Ultimately we’re telling the story of the destruction of a family from within. We’re making ‘Othello’…with a lot more nudity, better kills.”

White says the impetus of Hide-a-Key came from a very genuine fear of his house. “When we moved in,” he says, “there was that period between closing and actually taking residence, you know that glorious time where the Mrs. gets to change stuff and hire folk to tear down walls and paint? It was during that time I’d go, mostly late at night, after work, to apply paint samples to various walls… living the literal version of 50 Shades of Grey… and so very often I’d find myself alone in this house very late at night. And that’s when the ol’ big brain began working on me from within and before I knew it I was convinced that the radiator clanks and common house creaking was a dude creeping up the stairs to get me. And my wife made so much fun of me… ‘you’re a big man scared of his house’…. and then we moved in and the first night there she was all, ‘What is that noise!’”

It didn’t take long for the filmmaker in him to realize that if the house could scare the two people who loved it the most, it would probably scare anyone, so the kernel to film something there was born… and a bit of ‘boneheaded stupidity’ cemented the deal; I locked myself out,” White says, “had to break in my own house and then went to buy one of those little fake rock hide-a-key thingies and while I was looking for a place to hide it, I thought, ‘wouldn’t it be scary to open this thing and find your key missing? Or worse…’” 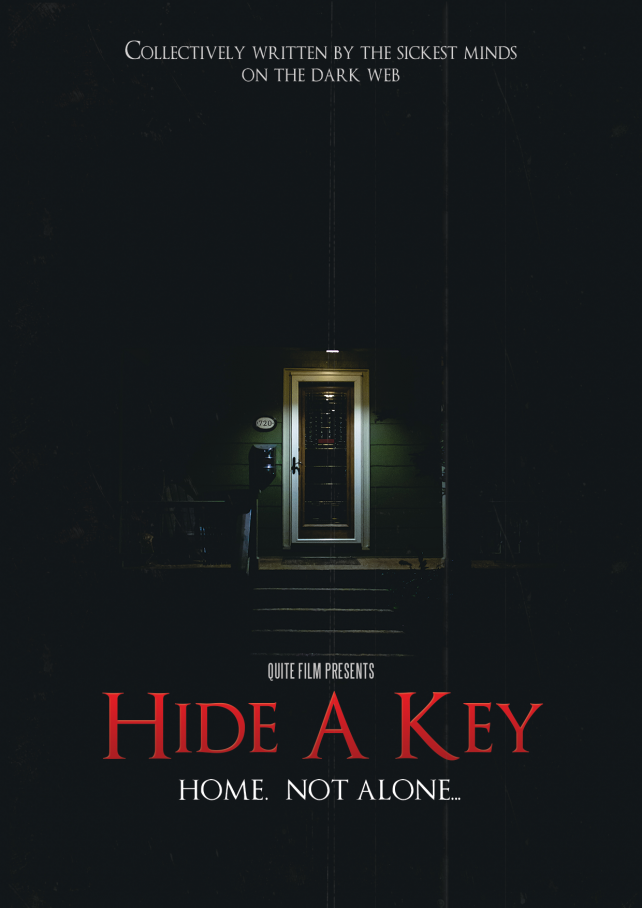 “And that is where Hide-A-Key sprang to life. The movie is about a father who gets locked out of his house on a weekend when the wife is away with the kids. As he opens his own fake rock, instead of a key, he finds a memory stick containing a disturbing series of video clips, each more terrifying than the last and starring an unknown intruder who has used the key to gain entry into their lives. Further upping the stakes on the intensity of this is the claim that it was ‘collectively written by the sickest minds on the Dark Web’.”

“I knew I needed a bunch of scenes so I thought it would be a cool idea to put the call out to all my online screenwriter friends… mostly veterans from Movie Poet (r.i.p.) and put a simple post on a group page asking for three- to five-page scenes and the only criteria was to have this intruder messing with the family. I gave a couple parameters (family size, etc) but it was mostly anything goes,” White says. “I thought, ‘this will be fun… what could possibly go wrong?’ And then the scripts started coming in.”

And that, White says, is where Hide-A-Key took a dark detour into realms he could never have imagined. “When you put a call out into the abyss for scripts, the abyss will send you back some scripts!”

White continues, “Here’s the thing. I am a freak. I am a horror fanatic. I saw Halloween before I saw Bambi. I thought I knew from scary/twisted. But these scripts started pouring in… and these things… these things I have to do to people… these things I have to go out and cast actors and hire technicians so that I can do these awful things… I’m telling you, not even the kills… the kills are fucked up enough… but let’s table them for now. Just the stuff this guy does to the unknowing (sic) family… these are the things that will redefine heebiejeebies.”

As to any hints to “heebiejebbie” inducing gags? White is demure: “let’s just say, you may not look at feminine hygiene products in quite the same way again. And then there’s a slug thing… I’ve said too much already.”