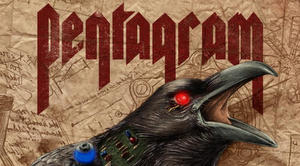 Legendary U.S. heavy metal/doom metal band, Pentagram, has teamed up with Noisey to stream its upcoming album, Curious Volume, before it releases this Friday, August 21st, on Peaceville.