Has Nick Menza Spilled The Beans About Megadeth’s New Drummer? 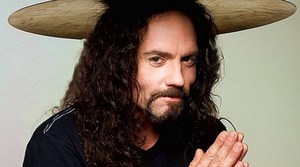 Nick Menza, former Megadeth drummer, posted a video to YouTube today, March 15th, of him checking out his new snare drum from “Sleishman.” But, he titled the video “Maybe I can play on Lamb of God’s new album?” And in addition, he posted the following comment below the video:

Well since Adler is playing on megadeth new album.
Do I get to play on Lamb of God new album ?
Im down for it ….
Chris you rock ! one of my favorite drummers.
good luck bro …..﻿

At this point there’s no telling if Menza is joking or not about Lamb of God‘s Chris Adler playing on the next Megadeth album, but we’ll let you know as soon as we find out. However, related rumors say that Adler would only be the studio drummer for the album, not the touring drummer.

At any rate, would you be happy with Adler behind the kit on a Megadeth album?