Minsk Is Back With A New Album This April! 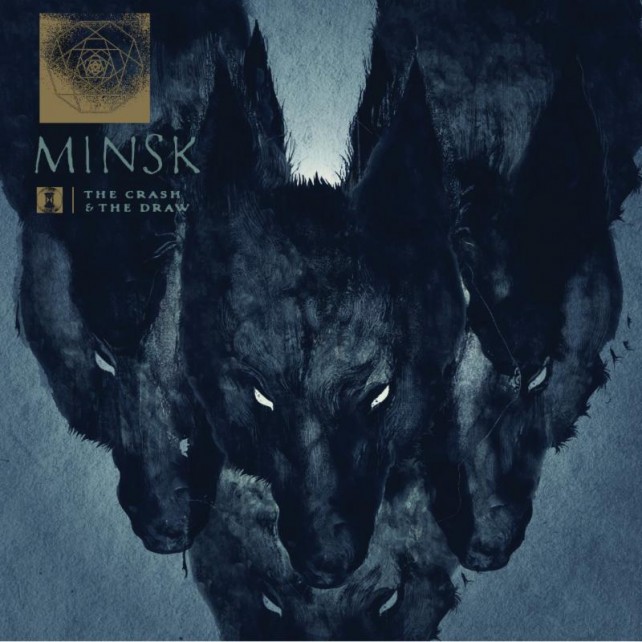 Following a six-year slumber, Illinois enigmatic sound conjurers, Minsk, is readying to unveil the otherworldly fruit of their long-anticipated new studio creation, The Crash & The Draw. The Crash & The Draw will be released via Relapse Records in North America on April 7, 2015; in Germany, Benelux, and Finland on April 3, 2015, and in the UK and the rest of the world on April 6, 2015. Further info including track teasers and pre-order links will be announced in the coming weeks.

Scattered between the sleepy city of Peoria and the metropolis of Chicago, and drawing inspiration from a remote Belarusian city that has been burned to the ground only to be rebuilt like a phoenix rising from its own ashes, Minsk has been cultivating sonic exploration and alchemical outpourings since 2002. Rooted in the post-metal landscape that brought forth visionaries like Neurosis and Isis, with their latest offering, The Crash & The Draw, Minsk step out of the shadows of the giants of their genre to create a psychedelic blend of melodic, trance-inducing heaviness.

About The Crash & The Draw:

Recorded almost exclusively in The Prairie State, The Crash & The Draw was captured by the band alongside Sanford Parker (Twilight, Voivod, Eyehategod, Yob, etc.) at Earth Analog in Tolono, mixed by Parker and Minsk at Hypercube in Chicago, and mastered by Collin Jordan (Eyehategod, Indian, Wovenhand, Voivod, etc.) at The Boiler Room in Chicago, with additional vocal tracking by Scott Evans (Kowloon Walled City, Old Man Gloom, Floor, etc.) at Antisleep Audio in Oakland, California, and further tracking, editing, and mixing by Kevin Rendleman at Trash Rocket Audio and Aaron Austin at We Know Who You Are, both in Peoria. The record includes the striking cover creation of Orion Landau (Yob, Inter Arma, Red Fang, etc.).

The Crash & The Draw is a thematic continuation of the group’s long standing fascination with alchemical and esoteric ideologies, with marked nods toward the thought and writings of perennial inspiration, Kahlil Gibran, and the espoused words of Hermes Trismegistus, the fabled author of the Corpus Hermeticum and other sacred texts. The album boasts 11 arresting movements that transcend the confines of post-metal, sludge, and psychedelia. A crucial sonic passage through dark and light that’s at once crushing, hallucinatory, and, at times, spiritually illuminating, tracks ebb and flow with a pastoral elegance and tangible urgency. A fitting audio soundscapade for those souls devoted to the manifestations of Neurosis, Rwake, Yob, Isis, and the like.

The Crash & The Draw Track Listing: