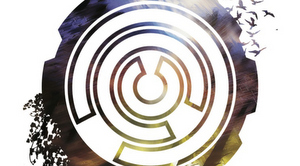 Fans of Tool or Arch / Matheos, or others of their ilk, should really go check out the new Arcane track, “Keeping Stone: Sound on Fire,” streaming at MetalSucks.

Known/Learned was produced by Sam Vallen (Caligula’s Horse) and mastered by Troy Glessner at Spectre Mastering in Seattle, and the album’s cover art provided by Chris Stevenson-Mangos. A generous crowd funding campaign supported by passionate fans, organizations and fellow bands helped Arcane produce Known/Learned, yet as the album was seeing completion, the band crossed paths with New Jersey-based progressive label, The Laser’s Edge, who now officially releases the album in North America via its Sensory Records imprint, and will follow suit in Europe on February 13th, in a deluxe 2xCD digipak and through all digital outlets.

Order the album on CD and MP3.