The Ring 3 Gets An Official Title And First Cast Member 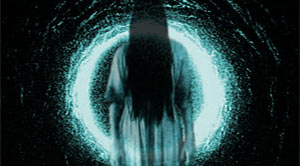 Back in July, we pondered whether or not Naomi Watts would return for a third time in the American remake of the 1998 Japanese horror franchise Ring, which was based on the successful novel of the same name by Kôji Suzuki. Now, nearly 7 months later, we can finally put notions aside and focus on reals facts, thanks to TheWrap, who just broke news on The Ring 3.

According to the magazine, Watts won’t be playing the role of Rachel Keller in the American franchise’s third installment. Which brings us to tears because we loved her in The Ring and in the 2005 sequel. Instead, Paramount Pictures is bringing Matilda Lutz on board to play the lead role in the franchise. An Italian actress with a handful of movies to her name such as Somewhere Beautiful and The Fifth Wheel, but she is most notably known for an ongoing Italian TV series called Fuoriclasse.

Pre-production has officially begun for Rings.