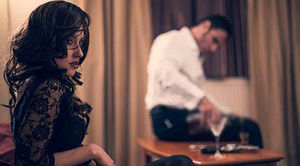 Head on over to Bloody Disgusting to check out the track and to take in the blog post by Johnny Wore Black.

Johnny Wore Black is a dark rock project fronted by the artist Johnny Wore Black (aka, Jay). Jay is a Hollywood stuntman who’s appeared in such films as Les Miserables, The Dark Knight Rises, Fast and Furious 6, and Fury with Brad Pitt.