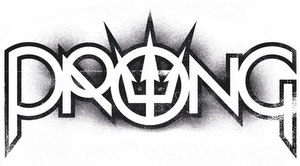 Fresh off their U.S. tour, Prong finished an album of cover songs, putting their distinct spin on an array of tracks originally recorded by artists such as Black Flag, Bad Brains, Adolescents, The Sisters Of Mercy, Killing Joke, Hüsker Dü, and Neil Young.

Prong is excited to announce 2015 European tour dates in conjunction with our upcoming release, Songs From The Black Hole. Along with the standards and selected tracks from our newest albums, we will be performing our versions of classic influential masterpieces, as featured on the new record. The tour has us returning to England, remarkably, for four shows after our premier UK festival appearance at Bloodstock. It will also be great to head back to Germany, Switzerland, France, Belgium, Austria, and Holland with a new set and another new Prong release, Songs From The Black Hole!

SPV/Steamhammer will be releasing the album as a special CD and LP edition in Scandinavia on March 25th, in Germany on March 27th, in Europe on March 30th, and in the USA on March 31st.

More details will be revealed soon.