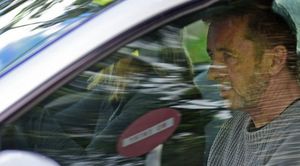 The charges against AC/DC drummer Phil Rudd for “attempting to procure murder” have been dropped due to “insufficient evidence.”

The Associated Press reports that Tauranga Crown Solicitor Greg Hollister-Jones said his prosecution office had been given the case after Rudd had been charged by police and taken into court. “The file was obtained today and reviewed,” Hollister-Jones revealed on Friday, adding, “There was insufficient evidence to proceed with the charge of attempting to procure murder.”

However, Rudd still faces charges of “threatening to kill,” for which he could face seven years in prison. Rudd’s lawyer, Paul Mabey, has said that they will fight those charges. Rudd is also still being charged for possession of meth and cannabis.

Prior to the charges being dropped, AC/DC issued the following statement: “We’ve only become aware of Phil’s arrest as the news was breaking. We have no further comment. Phil’s absence will not affect the release of our new album Rock or Bust and upcoming tour next year.”

We’ll keep you posted as the story unfolds.