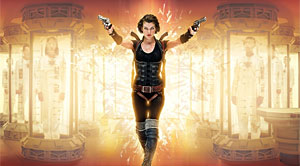 With a new Resident Evil movie moving forward, a new video game sequel to Resident Evil: Revelations in the works, and an HD remake of the original Resident Evil, you can now also expect a TV series to come in the very near future.

In a recent report by Variety, it mentions that a Resident Evil TV series is already in the making thanks to Constantin Film, a Germany-based production company who is behind the Resident Evil movie franchise. Unfortunately, plot and casting details are still unknown, but we can at least confirm the TV series is planned as a spinoff, which should debut after Final Chapter comes to theaters.