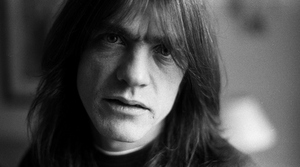 UPDATE: Since publishing this news, it has been confirmed that Malcolm Young does have dementia. In a statement to People, Malcolm’s family said, “Malcolm is suffering from dementia and the family thanks you for respecting their privacy.” Our thoughts are with the Youngs during this trying time.

AC/DC’s Malcolm Young has officially retired, and in his stead Stevie Young (Angus and Malcolm Young’s nephew) has played guitar on the new album, Rock or Bust, and will join the band on the upcoming world tour.

The reasons for Malcolm’s retirement are still unconfirmed, although it’s believed that he had a stroke last year and Australia’s Sydney Morning Star has reported that he’s being treated for dementia in a Sydney nursing home. The nursing home is believed to be Lulworth House in Elizabeth Bay.

A person close to the Young family told the paper:

If you were in the room with [Malcolm Young] and walked out, then came back in one minute later, he wouldn’t remember who you are. He has a complete loss of short-term memory. His wife, Linda, has put him in full-time care.

I have friends that are still involved, and they keep me posted, so I have known for a little while. I think [Young’s illness] came on very suddenly. It’s shocking. It’s terrible. Sadly for AC/DC, they’re losing their creator, their mentor. He’s the genius behind the band.

We’ll keep you posted as the story continues to develop.