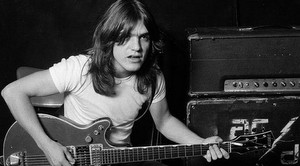 It’s an end to an era and a sad day for hard rock fans, specifically AC/DC fans, as the band’s 61-year-old rhythm guitarist and founding member, Malcolm Young, has officially retired. The word came down through the band’s long-time manager Alberts Music in a statement laced with some good news; there will be a new album titled Rock or Bust out on November 28th, followed by a world tour.

The statement confirms concerns that surfaced about six months ago regarding Malcolm’s health, “Unfortunately, due to the nature of Malcolm’s illness, he will not be rejoining the band.”

The statement went on to say that Steve Young, nephew to founding members Angus Young and Malcolm Young, plays guitar on Rock or Bust and will join the band on tour.

We’ll keep you posted on AC/DC news as it develops.