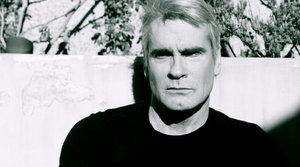 Yesterday, we posted a Henry Rollins quote, in which he apologized for his comments regarding Robin Williams’ suicide. For your convenience, we are now posting the original article Rollins wrote for LA Weekly.

Now, Rollins is a man who rarely holds back when he speaks his mind (he’s made a career of it), and we respect him for that. If you read what he originally wrote, there’s a lot of truth in it, however, there’s also a lot of insensitivity.

Read it, and then tell us what you think in the comments section below.

Days after Robin Williams died, I kept seeing his face on the Internet. His death seemed to have a momentum of its own. It went from a sad death of a famous person to “a nation mourns” pitch, which I didn’t quite understand. Sites such as Huffington Post swim in their own brand of hyperbole. They call it news and culture, but often, it’s just content.

I understand why people feel Williams’ loss so intensely. His talent as an actor is not in dispute. His performance in Good Will Hunting is unimpeachable. I wonder if he was tapping into his own deep trench of personal pain to deliver some of those scenes. It was brave and excellent work.

The more you think about it, the more you remember one great performance after another. Good Morning Vietnam is a favorite of mine.

When someone with this level of exposure dies in this way, it is confusing. An Oscar-winning actor, well-paid, with a career that most performers could only dream of — how could anyone so well regarded and seemingly fortunate have as much as even a single bad day, much less a life so unendurable that it has to be voluntarily voided?

On more than one of my USO tours, Robin Williams had been on the same stage a few days before me. That’s all I needed to know about him. As far as I was concerned, he was a good man.

But it’s here where I step off the train. I am sure some will strongly disagree with what I’m about to say. And I also understand that his personal struggles were quite real. I can’t argue with that.

But I simply cannot understand how any parent could kill themselves.

How in the hell could you possibly do that to your children? I don’t care how well adjusted your kid might be — choosing to kill yourself, rather than to be there for that child, is every shade of awful, traumatic and confusing. I think as soon as you have children, you waive your right to take your own life. No matter what mistakes you make in life, it should be your utmost goal not to traumatize your kids. So, you don’t kill yourself.

I know some people will disagree. And I get that you can’t understand anyone else’s torment. All that “I feel your pain” stuff is bullshit and disrespectful. You can appreciate it, listen and support someone as best you can, but you can’t understand it. Depression is so personal and so unique to each of us that when you’re in its teeth, you think you invented it. You can understand your own, but that’s it. When you are severely depressed, it can be more isolating than anything else you have ever experienced. In trying to make someone understand, you can only speak in approximation. You are truly on your own.

Everyone handles their emotional vicissitudes in their own ways. I am no doctor, but I think the brain is always looking for a sense of balance and normal function so the body can operate efficiently. Some people medicate accordingly, in an attempt to stay somewhat even. That pursuit can lead one down some dark paths. Someone who is an addict might not be an “addict” in the pejorative sense but merely trying to medicate and balance themselves.

Many years ago, I lived in Silver Lake with a housemate who suffered from severe bouts of depression. When she wasn’t in her small bedroom with the lights off, crying for hours, she was bright and hilarious. Anywhere we went, we laughed our asses off. She fought her depression with everything from bike rides to drugs, prescribed and otherwise. Years after the last time I saw her, I guess she could no longer keep up the battle and killed herself. No one who knew her was surprised. When she was in her deepest misery, she was unrecognizable.

The hardest part about being around her was you knew there was nothing you could do to help.

I get it, but then again, maybe I don’t.

When someone negates their existence, they cancel themselves out in my mind. I have many records, books and films featuring people who have taken their own lives, and I regard them all with a bit of distain. When someone commits this act, he or she is out of my analog world. I know they existed, yet they have nullified their existence because they willfully removed themselves from life. They were real but now they are not.

I no longer take this person seriously. I may be able to appreciate what he or she did artistically but it’s impossible to feel bad for them. Their life wasn’t cut short — it was purposely abandoned. It’s hard to feel bad when the person did what they wanted to. It sucks they are gone, of course, but it’s the decision they made. I have to respect it and move on.

A few years ago, a guy I’d known for many years hanged himself in a basement. Weeks later, I went to the spot and picked up bits of plastic coating from the cord he used, which were on the floor after he was cut down. I liked the guy, but all I could think of then is all I can think of now — the drawings his kids had made that were pasted up on the walls of his kitchen.

Almost 40,000 people a year kill themselves in America, according to the Centers for Disease Control and Prevention. In my opinion, that is 40,000 people who blew it.

Fuck suicide. Life isn’t anything but what you make it. For all the people who walked from the grocery store back to their house, only to be met by a robber who shot them in the head for nothing — you gotta hang in there.

I have life by the neck and drag it along. Rarely does it move fast enough. Raw Power forever.