Ginger Snaps Coming To Blu-Ray – A Bite Into The Details 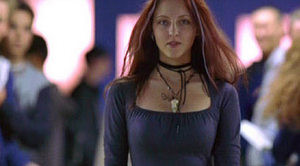 You might be currently enjoying Katharine Isabelle as Margot Verger on Hannibal, or you might have taken her in as Suzanna Waite on the final season of Being Human, but the American Mary star first came to prominence with the Canadian film Ginger Snaps.

Ginger Snaps is a shocking and visceral coming-of-age story as two outcast sisters deal with becoming werewolves. Now the John Fawcett flick is getting the Blu-ray treatment and we have the details for you. Coming at you on July 22nd, the Blu-ray will include the following special features:

Sounds amazing, but where’s he commentary from Katharine Isabelle?