New Details Revealed About The “Friday The 13th” TV Series 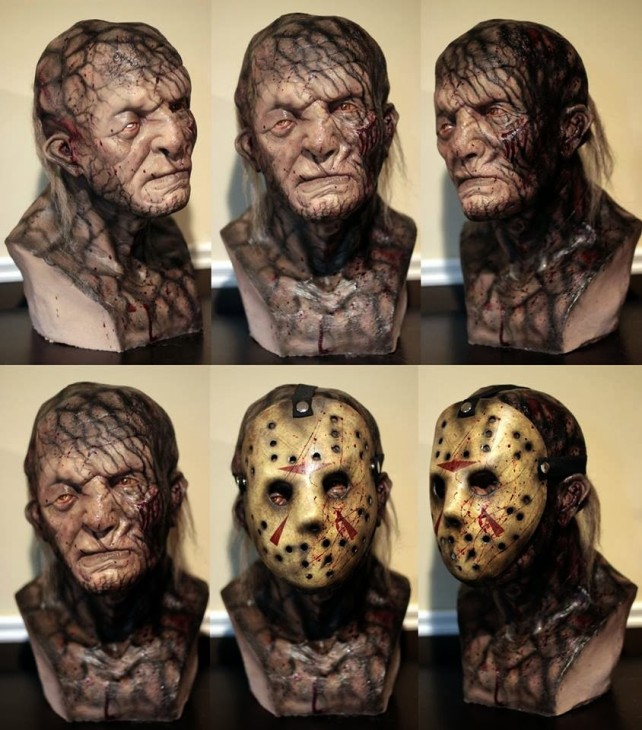 The new Friday The 13th TV Series is going to explore Jason Voorhees re-imagined in multiple time periods, which means the special effects team behind the series will need to deal with Jason’s age and make him look convincingly different in each time period presented in the series. For the first time in the history of the franchise, we’ll get to revisit Jason as he hacks up bombshells as a teen, and possibly see him fuck people up as an old, disfigured man. That sounds pretty sick and twisted, if you ask me.

In a recent interview with Bloody Disgusting, franchise creator Sean S. Cunningham, who serves as executive producer for the series, revealed that it’s an issue that the effects team are working out.

As we wrestle with the passage of time a new issue became how did Jason age? Did he age at all or is he the same as he was back in the day? Fortunately our special effects team led by Bill Basso, Jordu Schell and Roy Knyrim are on the case. Their work is amazing and the end result is both disturbing and fitting with the story we’re hoping to tell.

Another interesting detail that Cunningham revealed is that the Friday the 13th TV series could introduce and explore new characters that the franchise never presented before.

Anyone here interested in learning about Jason’s loving father perhaps?

Lastly, Tommy Jarvis, the most recurring character in the franchise could potentially return in the TV series as well, but Cunningham has plans to release much more information about that around Comic-Con.