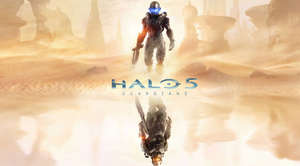 Good news and bad news from the Halo world and 343 Industries.

First the bad: Despite an elaborate CG teaser shown at last year’s E3, there will be no new Halo game, which is now officially Halo 5: Guardians, in 2014.

Now the good: Halo 5: Guardians will come to Xbox One in the fall of 2015. It also sounds like 343 Industries is clocking a lot of hours trying to make this the best Halo experience ever. 343 Industries general manager Bonnie Ross commented on the game’s status:

Making a Halo game that runs at 60 frames per second, on dedicated servers, with the scope, features, and scale we’ve been dreaming of for more than a decade, is non-trivial. It’s a task that we at 343 Industries are taking very seriously to ensure we deliver the Halo game that fans deserve, and a game that is built from the ground up for Xbox One.

Halo: Combat Evolved Anniversary was the first game in the franchise that 343 developed, and Halo 4 was the first that was entirely new. Microsoft created 343 to oversee the development of the Halo franchise after Bungie jumped ship.

Halo 5: Guardians is a bigger effort than Halo 4. That applies to the content and scope of the game, as well as the technology in what’s now a brand new and more powerful engine. Certainly there are some core elements carried over from prior games, but we’ve invested a huge effort in retooling our tech to take full advantage of the Xbox One’s hardware and ecosystem to create worlds and experiences worthy of next-gen.

It’s a game that will hopefully demonstrate the talent, learnings, and abilities of the 343 Industries team. A game that will incorporate the things we learned from Halo 4 about technology, aesthetics, performance, and scale — and perhaps, more importantly, understanding and embracing a community of gamers who love what lies at the heart of this game, and the limitless potential of the Halo universe.

More good: Ross also mentioned that the Halo television series will launch in fall 2015 to complement the game, but it will also be a stand-alone project.

Nothing has been confirmed for a 2014 Halo release, but Ross said that “2014 [begins] with a giant leap, rather than one small step.”