I Spit On Your Grave 3 Confirmed 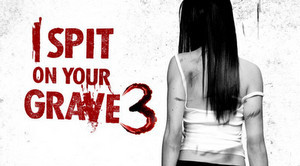 Currently no one has been announced for writing or directing, but some plot details have been revealed by BD’s source:

The third film will focus on a serial killer that uses a crisis hotline to target rapists. One of the counselor’s has a dark past, which sends Detectives sniffing in her direction — but is she the killer they’re looking for?

What are you thoughts on a third film in the I Spit on Your Grave franchise? Something you want, or is it unnecessary?