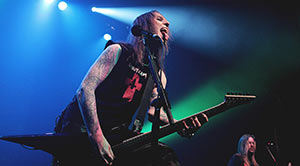 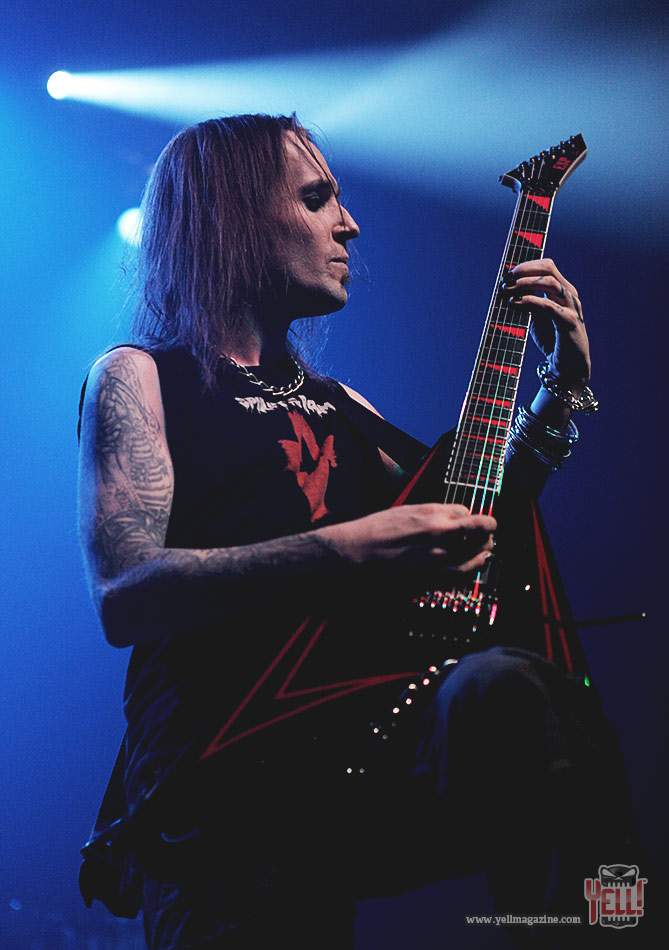 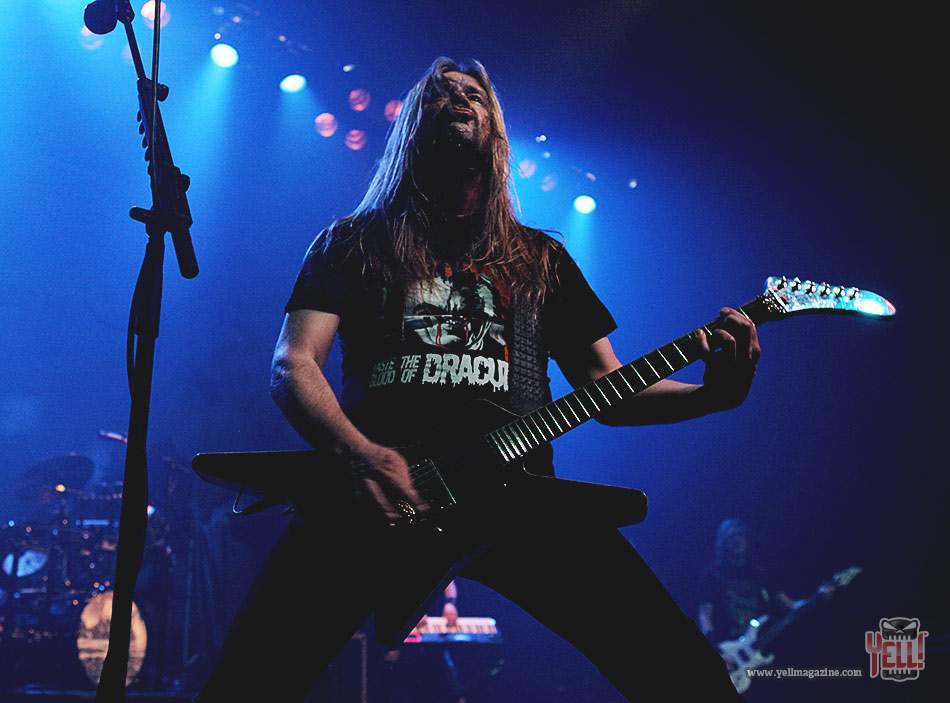 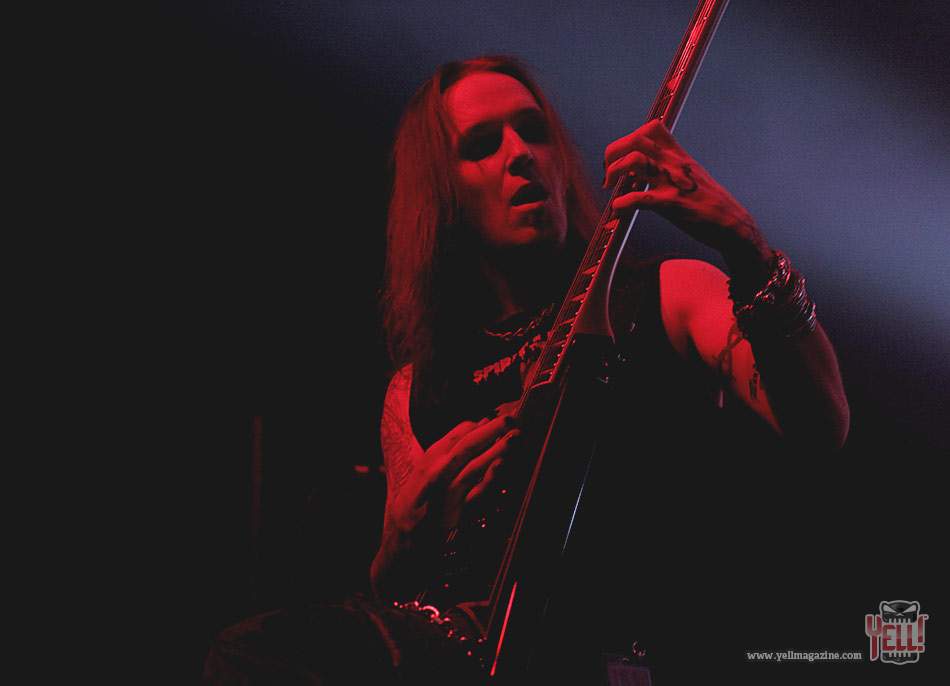 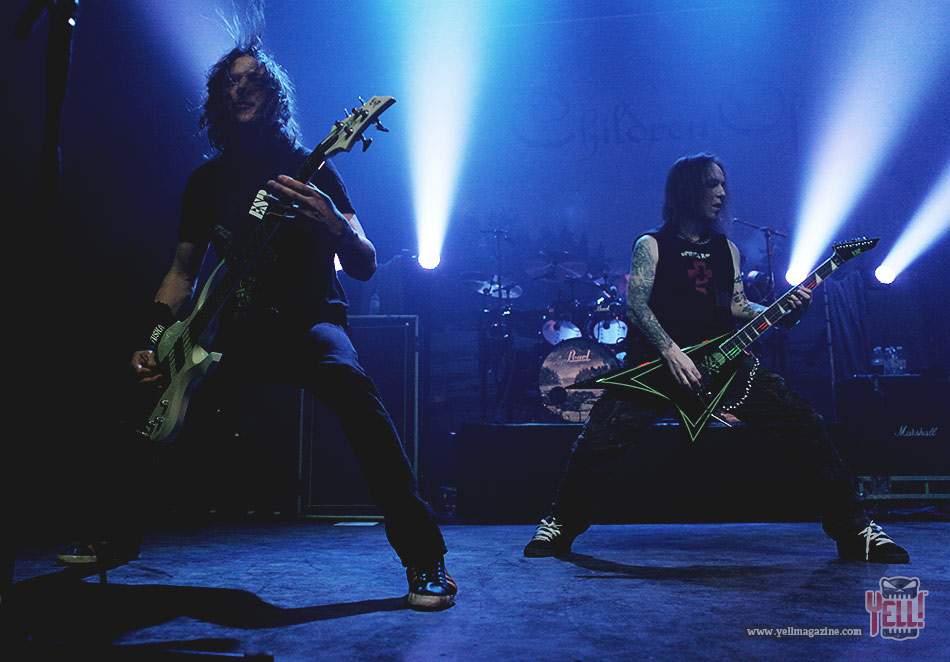 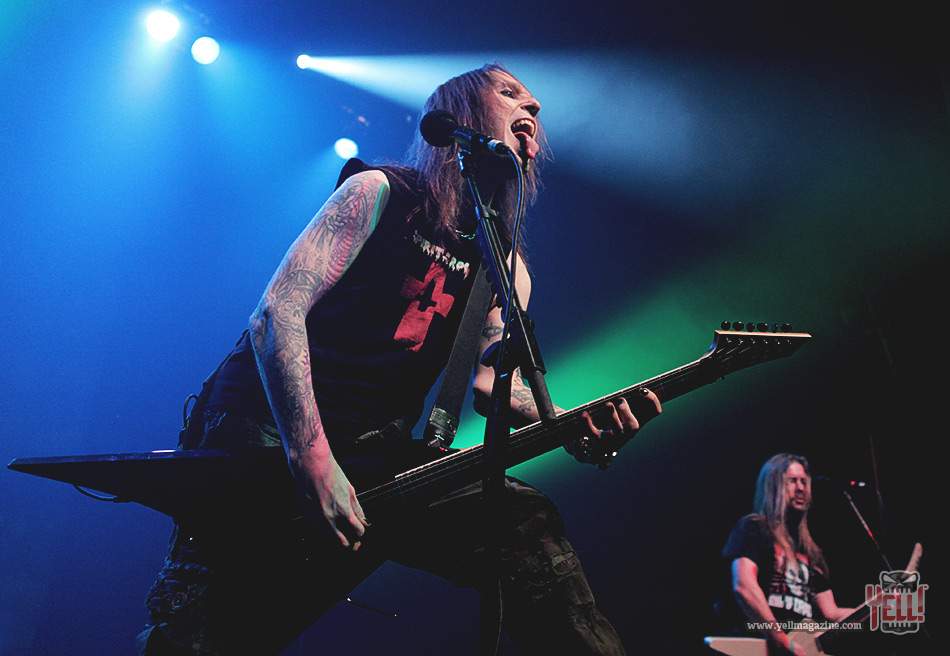 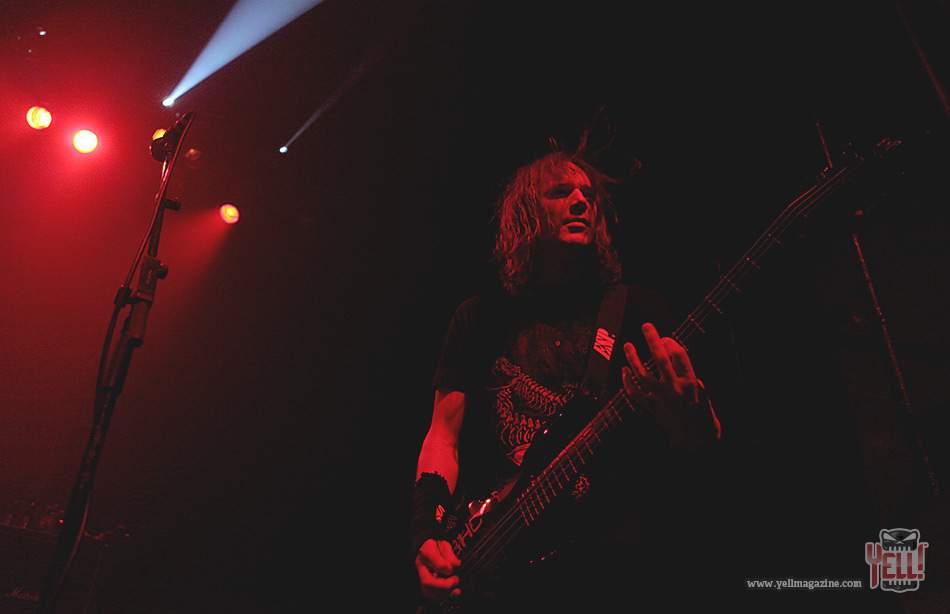 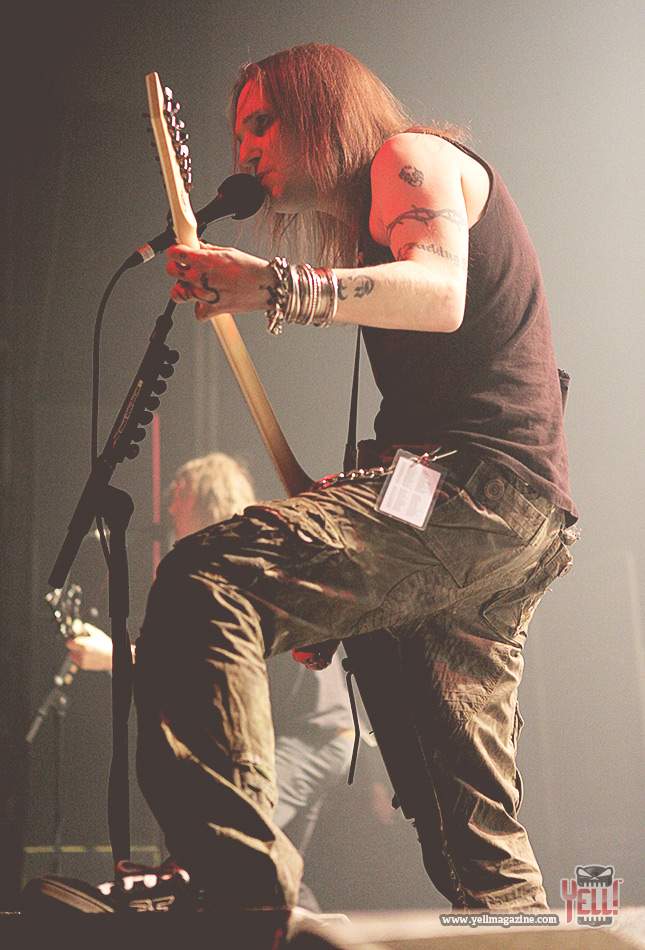 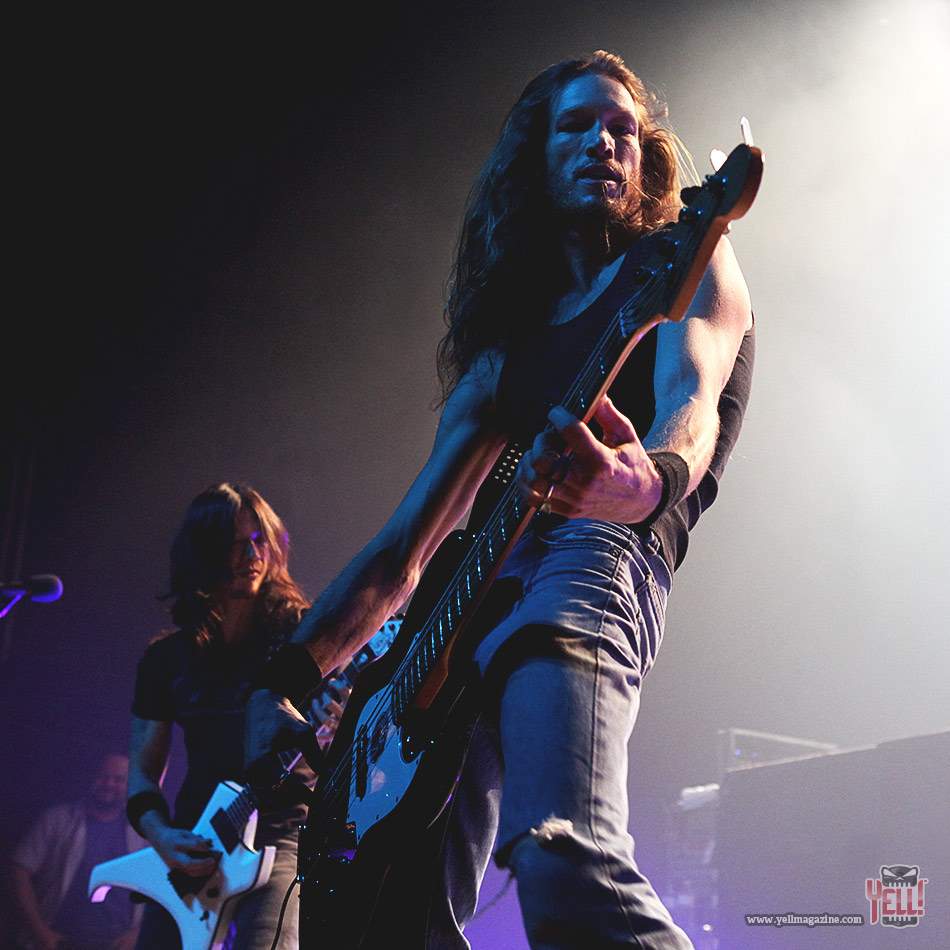 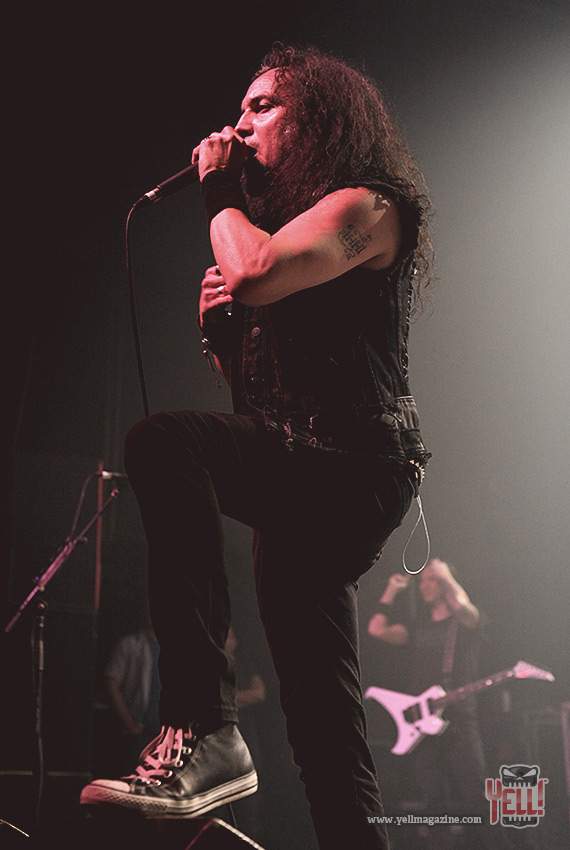 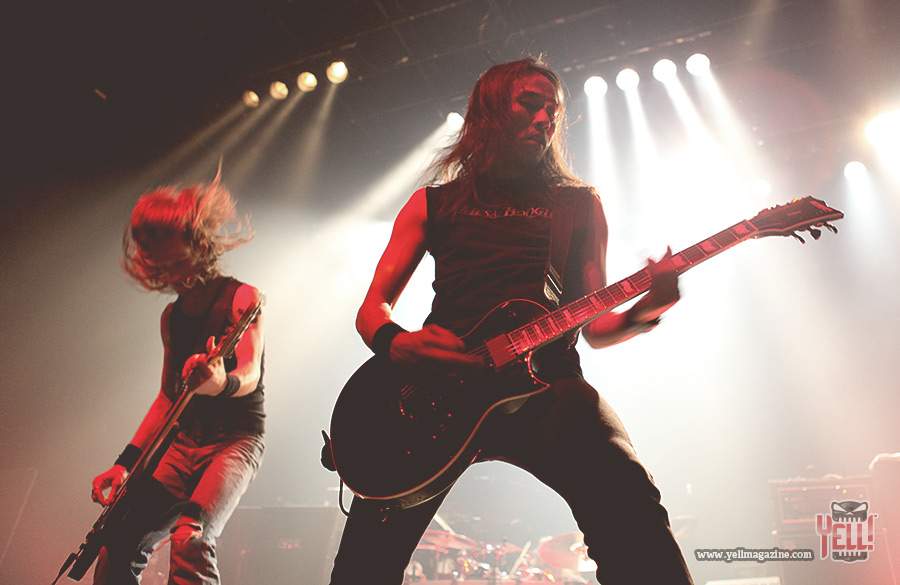 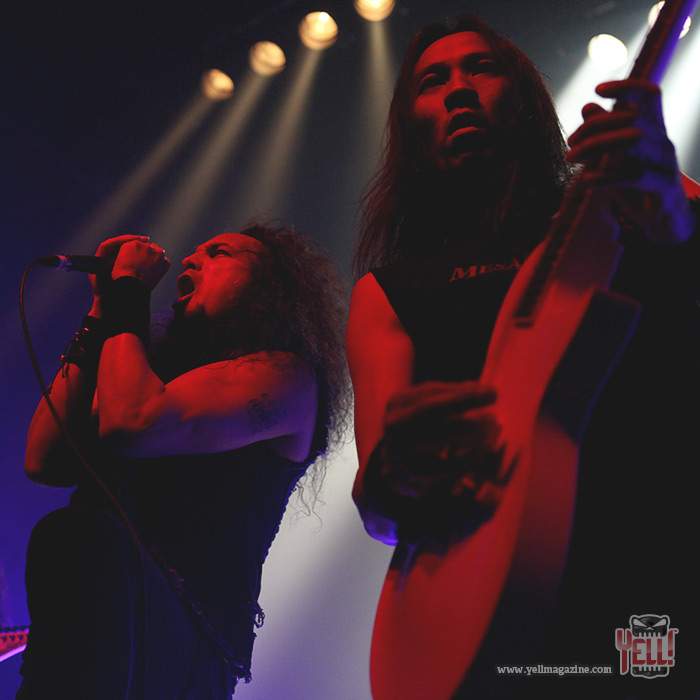 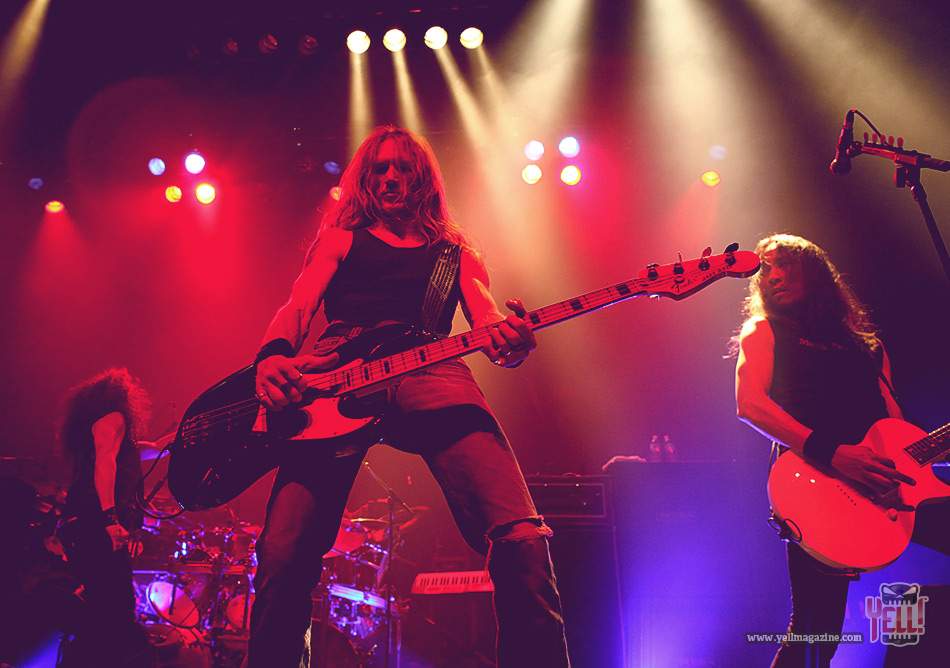 As fans, we have a lot of expectations when we go to a heavy metal show. From the quality of the sound to the banter between the frontman and the crowd, and from the energy level of the band to the opening act, and everything in between, we expect it all to be better than good. We also expect fair beer prices.

I’m happy to report that Children of Bodom delivered on all fronts the other night!

Children of Bodom is currently on the Halo of Blood Over North America 2014 tour in support of their latest release Halo of Blood (2013), and we caught them on the second show of the tour. Opening up for them are Týr and Death Angel.

We missed at least three-quarters of Týr’s set because we had trouble finding parking. Actually, while I had pulled into a spot along the road to verify if I could park there, some punk kid proceeded to “parallel park” in the space in front of me, and there was a lot of space. His “parallel parking” consists of not giving a shit about what’s behind him as he backs in; I had to put my car in reverse in order to avoid being hit… twice! But I digress.

I wish we’d seen the whole Týr set because they sounded great and the audience response was amazing. Actually, the crowd’s response was a good indicator of how the rest of the night would go.

Shortly before Death Angel took the stage, the crowd packed the floor in front of the stage tighter than a can of sardines… and the body odor was yet another indicator of how the rest of the testosterone-fueled night would go. This was going to be a metallers night of thrashy debauchery.

Death Angel played a great set comprised mostly of new material, with highlights that included “Left for Dead,” “The Dream Calls for Blood,” and, of course, the intro to “The Ultra-Violence,” which led into “Thrown to the Wolves.” I would have killed the guy next to me to have heard “The Ultra-Violence” in its entirety, but I totally understand why they wouldn’t play a 10-minute instrumental as an opening act.

While frontman Mark Osegueda’s proclaimed love for the city seemed a bit cliche, he did reminisce about playing at a specific venue back in 1987, which added an element of sincerity. He nonetheless had a great rapport with the audience.

If the crowd’s intensity had been building all night, it reached its apex when Children of Bodom hit the stage. From the moment Will Carroll stepped behind his kit and threw up the horns to the final bow from the band, the crowd was with the Finnish metallers as they put on a spectacular show full of odd ups and downs.

I’ve never been to a metal show where the intensity shot through the roof while the band played and then was brought down to a calming, almost hypnotic level between songs. Of course the ambient music provided by Janne Wirman’s keyboards certainly helped.

You can read the full set list below, but highlights from COB included “Halo of Blood,” “Lake Bodom,” “Are You Dead Yet?” “Angels Don’t Kill,” and more, but I don’t want to list the list below. Know what I mean?

Everything about COB’s performance was impeccable. Alexi’s vocals were amazing, and neither drowned out nor overpowering; bass was full and rich; guitars were crisp and clear; keyboards shone when they should… there’ nothing bad to say about the perfo… wait, was it an airband performance? Kidding, of course, but it was that damn good.

By the way, the beer is always fairly priced at Montreal’s Metropolis venue.