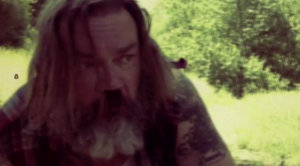 Legend of the Hillbilly Butcher appears to be the real deal: an honest B-movie grindhouse/exploitation film that doesn’t wink at the audience every five minutes as if to say, “See how bad and cheesy that was? But it’s OK, we’re making a B-movie exploitation film.” Not that I mind the latter if it’s done correctly, but it seems like the new crop of filmmaker students wants to fellate Quentin Tarantino since he rejuvenated the genre years ago.

This film benefits from a fantastic title, which will at least draw your attention. Whether the trailer will keep your interest depends on what type of movie-watcher you are. If you like bad movies, like we do, then you’ll be squirming for more… and if you don’t, you’ll be wanting your two minutes back. Regardless, the trailer promises innovative gore and violence.

Legend of the Hillbilly Butcher – Synopsis:

In a lonely backwoods shack, Carl Henry Jessup spends his time drinkin’ an’ thinkin’ bout dem good ole days with only his half sister, Rae Lynn, and his friend, Billy Wayne to keep ’em company… that is, till folks start trespassin’ on his property and Carl gets off his ass and becomes the Hillbilly Butcher.” Legend of the Hillbilly Butcher is a return to the retro grindhouse horror films of the ’60s and ’70s that screened at drive-ins, and features cult icon, Ron Jason, of The Las Vegas Serial Killer and Corpse Grinders 2.