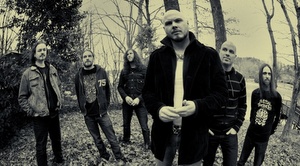 It came up in our interview with Björn “Speed” Strid last March, and now it has finally been confirmed and given a date. Soilwork, the pioneering melodic death metal band, has announced that they will shoot their first ever DVD at Circus in Helsinki, Finnland on Friday, March 21st. Fans of the band have waited a long time (some 15 years) for an official concert video release from Soilwork, and they’re finally going to get it… and then some.

Soilwork will perform music that spans their career on this historic night, as well as there being appearances by some special guests. The show will be produced by Jouni Markkanen and directed by Ville Lipiäinen, who also shot Nightwish’s DVD, Showtime, Storytime.

Tickets for the show at Circus go on sale on Wednesday, December 18th.

Soilwork have been touring throughout 2013 in support of their latest release, The Living Infinite, and the touring continues in the new year. Additional dates to the one on March 21st are listed below.