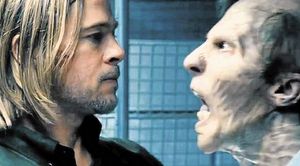 Despite World War Z‘s box office success, the zombie flick heinously failed the source material. It bore virtually no resemblance to the Max Brooks novel. Ironically, a low-budget film by the name of Ridge War Z honored the book much more accurately.

But that’s not the news here today.

The news today, according to The Hollywood Reporter, is that the 50-year-old Brad Pitt might be up to face some zombies again in World War Z 2, but he won’t be directed by Marc Forster. Instead, J.A. Bayona (The Impossible, The Orphanage) is stepping up to helm the movie.

I certainly hope Bayona can find a way to adapt the source material a little better than Forster did. At the same time, I can understand why the first movie went the way it did — adapting an oral history with several chapters told through a journalist has to be a daunting task.

To date, there’s no official word on a release date, title, or casting, but that should fall into place soon. Keep it locked on Yell! Magazine as news is revealed.