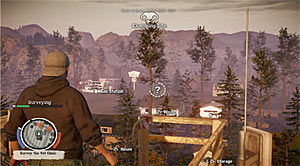 State of Decay is growing strong, so strong that this open world zombie survival video game has gone platinum, selling over 1 million copies since June via the Xbox Live for the Xbox 360, according to developer Undead Labs. State of Decay was recently released for the Windows PC via Steam Early Access, so this figure includes sales from both platforms. Undead Labs is very happy about the success of the game, which encourages them to keep working hard and to keep improving.

We are humbled by your continuing support and enthusiasm for the ideas in State of Decay. Your encouragement drives us to keep working and keep improving. You got us here with your energy, your feedback, and your telling your friends about us. We thank you from the bottom of our hearts and brains.

In addition to this awesome new benchmark for them, the developers also revealed that progress on the first DLC pack for State of Decay continues, and news about it will be announcement very soon.

We’re not going to stop, either! We’re so close to having some news about our first DLC pack that we’re going to go ahead and offer State of Decay: Breakdown as a prize in our One Million Celebration. Please stop by the comment thread, and share your favorite memory of development, or favorite in-game experience.

We’ll pick five people at random to get codes for a free copy of Breakdown, and ten others to win some Undead swag.

We’ll continue to drop updates on State of Decay for our readers when they become available. So stay tuned on Yell! Magazine for much more.