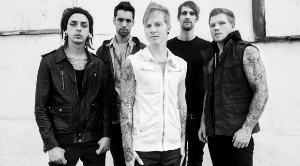 A Skylit Drive has released their first single from the new album Rise. The new song is the title track off the album and gives fans a taste of things to come on the Rise Up Tour. The tour kicks off on September 24, 2013, the same day that the Rise album will be released. Only a handful of dates have been announced, but more will come in the following weeks. Also on the tour will be For All Those Sleeping, I The Mighty, Wolves at the Gate, and Pvris.