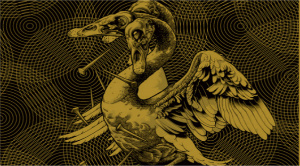 Baroness is streaming the Live At Maida Vale EP (July 23, Relapse Records) in its entirety via Alternative Press. The stunning four-song EP, which was culled from Baroness’ July 12, 2012, performance at Studio 4 (Maida Vale) on BBC Radio 1’s Rock Show, highlights the quartet’s live prowess and gives the collection of songs an entirely new dynamic. The release is available digitally and as a highly limited edition 12” with a B-side featuring a silkscreen of John Baizley’s iconic swan image.

Pre-orders are available via Relapse’s web store and digitally through iTunes.

Baroness recently completed their first round of live U.S. dates since the release of Yellow & Green with stops at Bonnaroo and Orion Music + More. The band returns to the road later this month with upcoming performances at Lollapalooza and FYF Fest before heading to Europe this autumn. Royal Thunder support on all headlining dates worldwide.