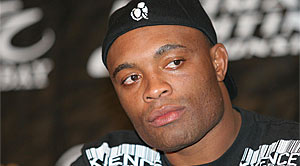 Former UFC Middleweight Champion Anderson Silva has always been critized for his taunts inside the Octagon. UFC 162 is obviously no exception, and he went too far. Silva isn’t taking it lightly anymore. Now he’s coming out clean about his loss to Chris Weidman, and admits to several factors that led to the shocking knockout, including not listening to his corner.

Below is Silva’s explanation of the knockout to ESPN:

“Getting knocked out is the worst. There are always going to be questions — people want to know what happened, but [when you’re knocked out] you don’t remember anything. You black out and that’s it. It [the awkward movement] was a technical error to keep my legs parallel; I should have taken a step back instead. Several factors led to the knockout. The tension in the air before the fight, you just want to burst … it was a series of mistakes. In my career, I’ve always went back to my corner [for advice]. Against Weidman, I went back to argue, and I should have gone back to my corner and calmed down. I didn’t do any of that; I lost control.”

If Silva plays his cards right in the rematch at UFC 168 on December 28th at the MGM Grand Garden Arena in Las Vegas, odds are still in his favor to take the strap back from Weidman.