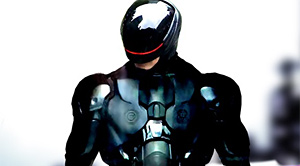 This is a sad day in hell for RoboCop fans because the word is out on the street that the remake is going to be PG-13.

Personally, I feel already robbed (even RoboCop can’t save the day here) because this is the worst thing you can do to the franchise. Just watch RoboCop 3 to see what I mean, which also made our list last year in the Top 10 Disappointing Threequels. On a second thought now, don’t watch it.

I guess the producers didn’t learn anything from that horrible piece of shit. It’s a real shame, and I was expecting good news to come out of the San Diego Comic-Con for the remake. Boy, was I wrong! Like someone said on another post, “I, for one, would NOT buy that for a dollar.” I completely agree.

“We were shooting the movie to be seen by the broadest possible audience, which means PG-13. This whole idea about ‘RoboCop’ has to be “R” because the first one was amazingly violent… I never really bought into that. You know, ‘The Dark Knight’ was PG-13, so you can get away with a lot.”

“The original Robocop tonally was very ironic and very violent, and also a critique of fascism,” said Padilha. “It dealt with concepts that maybe not everyone caught on to. The relationship between fascism and robotics is very close. Like, the war in Vietnam ended because soldiers were dying; if you picture that war with robots then there wouldn’t be the same pressure at home. The issue is now posed by drones. Our movie is about that, that’s one part of it.”