Shinji Mikami Says Next-Gen Gaming Could Be A Lot Scarier 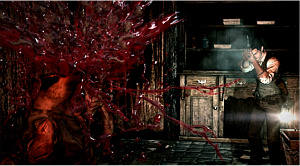 the evil within – credit: Tango Gameworks

As we reported earlier, Shinji Mikami is back in the survival horror video game business. He’s been gone since 2005, but now he’s currently developing The Evil Within. The news today, however, has to do with what he said to GamesIndustry International at E3.

Esentially, Mikami said that Western-based gaming companies are more advanced than the Japanese because they’re willing to take greater risks:

“Games have become big projects, requiring a lot of resources both to create and market. Games have become more risky. Japanese companies don’t take those kinds of risks like Western developers do. In the past, what the Capcom president [Kenzo Tsuijimoto] told me was that game development is becoming more and more expensive and many Japanese publishers won’t be investing $30 million or more in a game.”

Mikami went on to say that the gaming industry as a whole would be better off if companies, both Western and Japanese, were willing to incorporate foreign technologies.

Blah, blah, blah… what’s the deal about games being scarier in the next-gen?

One of Mikami’s arguments is that the next-gen of games will have better graphics, which in itself will make games scarier. However, he also pointed to the potential with, get this, the Xbox Kinect. His belief is that with the Kinect games will be able to use facial recognition and heartrate monitoring to have the games react to the players’ emotional input.

Let’s hope he’s right on all fronts. But let us know what you think in the comments section below: Does Mikami have a valid point?