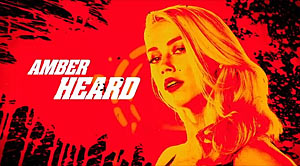 The first trailer for Machete Kills has been released, and it’s about bloody time because I have had enough of all the casting updates for this film. If you have been following, you’re well aware that this sequel has a bigger cast of high-profile celebrities than Machete did. This time around there’s Sofía Vergara, Demián Bichir, Antonio Banderas, Zoe Saldana, Edward James Olmos, Vanessa Hudgens, and the list goes on. So you can clearly see my frustration. But we love how Charlie Sheen is going by his birth name.

Any-who, the trailer is finally here and you get to see Amber Heard kick ass for a split second in Robert Rodriguez’ Machete Kills. Check it out!