Cathedral Goes Out As A Giant 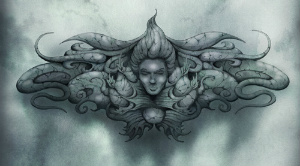 Cathedral released their last magnum opus, The Last Spire, on April 29th/30th and crushed the Billboard charts in the process (#24 on the Heatseeker Chart, #44 on the Current Hard Music Chart, and #113 on the Independent Albums Chart).

Cathedral’s vocalist, Lee Dorrian, explains that he feels “comfortable leaving The Last Spire as our legacy. The funeral of Cathedral has been a long but gratifying process. Deciding to end the band wasn’t an easy decision to make but we knew deep down in our hearts that it was the right thing to do.”

In early April, Cathedral launched their final music video, “Tower of Silence.” I know a lot of long-time fans are complaining about Dorrian’s vocals, and maybe they’re not what were used to, but I find them transcending, and that riff! That deep, heavy riff could release the Kraken.

The video was inspired by classic cult British film institutions such as Amicus and Hammer House of Horror, and was shot on location during the British Winter of 2012 at Gunnersbury Park Tower, London. It features a guest appearance from Purson’s Rosalie Cunningham, who places a symbolic black orchid on the tombstone of each member in the clip’s closing scenes. Directed by UK-based Paraffin City Productions, “Tower of Silence” will be the last full production promo video ever made by this British doom metal institution.