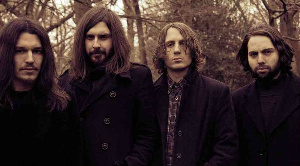 Since Uncle Acid & The Deadbeats‘ latest effort, Mind Control, is out today (May 14th) in North America, we thought it would be a good time to post some information and the latest stream to hit the Internet.

As you can hear in “Poison Apple” above, Uncle Acid & The Deadbeats are a band for you if you’re into the current retro-rock, psychedelic, doom trip trend. I don’t like using the word “trend,” but this scene is gaining speed. As we’ve been told, within Mind Control‘s “blood-soaked grooves you will hear shocking tales of bizarre desert ceremonies, religious brainwashing, and drug inspired mass slaughter.” If that doesn’t sound ripe for Yell! Magazine, I don’t know what does.

If you’re still not convinced, check out “Evil Love” over at www.invisibleoranges.com and “Valley of Dolls” in our previous post.

If you dig it, feel free to purchase Mind Control over at www.metalblade.com.

Mind Control is a concept album with a theme that makes the acts and intentions of the likes of Charles Manson and Jim Jones seem like petty crimes. What makes Mind Control scarier than most albums is that it doesn’t seem as sinister on the surface as it really is deep down, within the core of its black acid-drenched world of pain and torture.

Imagine the original Alice Cooper band jamming in a cell with early Black Sabbath and the Stooges, whilst sitting on murder charges and you may get a glimpse into their fuzzed up world of exploding tube amps and cymbal smashing mayhem. However, this enticing act of musical manipulation is merely the icing upon a very sick cake.