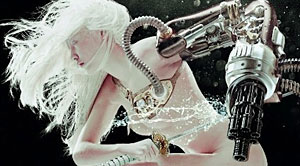 Chthonic is gearing up for the release of their follow-up to 2011’s Takasago Army. Recently, the band has revealed Bú-Tik‘s album cover and, today, the first single, “Next Republic.” And let’s not forget that Rhythm Crusher app from some time ago.

It’s a great track with everything you’d expect from Chthonic: traditional-sounding incantation, frenetic riffage, tight song structure, chanting, and a message you can’t understand. It’s also apparent that expenses were put into its production.