Live-Action Trailer For The Evil Within – This Is Some Freaky Shit! [VIDEO] 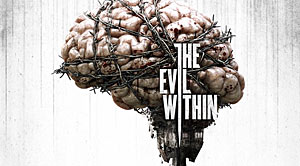 Holy! This new live-action trailer for Bethesda’s upcoming survival horror The Evil Within is really freaky and looks like a bloody mixture of The Ring and Saw. It honestly looks as terrifying and the main reason why is that renowned game designer Shinji Mikami is behind it, who is best known for creating the seminal survival horror series Resident Evil.

Mikami said the following about the new horror franchise:

“My team and I are committed to creating an exciting new franchise, providing fans the perfect blend of horror and action.”

Bethesda officially announced The Evil Within today, which is in development at Tango Gameworks for current and next-gen consoles, including Windows PC. Expect the game to be released sometime in 2014.

More About The Evil Within

Shinji Mikami, the father of survival horror, is back to direct The Evil Within – a game embodying the meaning of pure survival horror. Highly-crafted environments, horrifying anxiety, and an intricate story weave together to create an immersive world that will bring players to the height of tension.