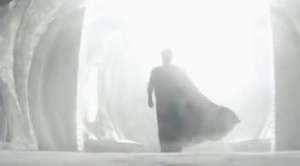 I know that we’ve (or I’ve) been posting a lot of articles about the upcoming Man of Steel (June 14th) film. But can you blame me? This film is going to own! However, with a run time of 148 minutes (2 hours, 45 minutes), I’m guessing that at least half the film will be origin story, which is fine in my books. And considering Zod is the villain, Man of Steel is likely a combination of Richard Donner’s Superman I & II.

Ah, Richard Donner… if you’ve never seen the Donner cut, I highly recommend it. Many things are different than the what was seen in the theatrical release.

OK, so, the just released official Man of Steel trailer is filled with rhetorical inspiration, evoking all that is good and hopeful about Superrr… er.. the Man of Steel. And it should be; Superman has always been a righteous motherfucker. Some would say that there’s not enough action in this trailer, but I think it’s right on point. It delivers the inspiration, the mythos, a hint at Kal-El’s yellow sun power, and a smidgen of the action that we’ll see. I mean, aren’t you tired of trailers that show you all the best parts of the movie? Also in the trailer, there’s a re-imagining of Krypton’s landscape, which I’ll have to see more of before passing judgment.

Director Zack Snyder did a stupendous job of casting this film as well. Henry Cavill (Clark Kent/Superman), still a relatively unknown, was phenomenally charismatic in Immortals, Kevin Costner couldn’t be more perfect to play Jonathan Kent, Diane Lane will finally bring some down-home sex appeal to Martha Kent, and Laurence Fishburne as Perry White is an unexpected stroke of genius. I don’t really have anything to say about Amy Adams as Lois Lane and I’m ify about Russell Crowe as Jor-El.

Let us know what you think of the Man of Steel official trailer in the comments section below. Are you going to see it?