Do We Need Another Zombie Show? 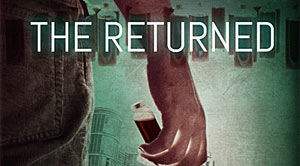 Nicholas Gonzalez (Anacondas: The Hunt for the Blood Orchid) has been added to a growing cast and crew for the pilot episode of The Returned. The show – brought to us by Brillstein Entertainment, Brad Pitt’s Plan B, and ABC Studios – has been penned by Aaron Zelman (AMC’s The Killing) and counts Samaire Armstrong (The Mentalist), Sam Hazeldine (The Raven), and Matt Craven (Disturbia, X-Men: First Class) among the cast. Also, Charles McDougall has signed a two-year contract with ABC Studios to direct the series (he’s also directing and executive producing the pilot).

The Returned chronicles how the lives of the people in Arcadia are forever changed when their deceased loved ones return.

It’s painfully obvious that ABC is trying to cash in on the success of The Walking Dead, which everyone is a fan of. The zombie market is already saturated, yet there are some of us who will ravenously eat up anything zombie-related like their brains. But, is there really room on television for another zombie drama? Post your thoughts in the comments section below.