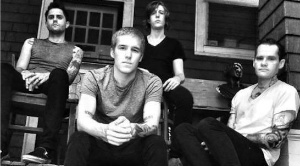 With a title that seems directed at all the emo kids out there, and armed with enough “fuck you,” SoCal Retox is reclaiming the punk left behind in the ’80s. It’s raw, it’s driven, and it’s in your face. There’s no screamo here. There’s no crying in your beer. There’s just some fuckin’ attitude, and it’s refreshing.

The new video for “Congratulations, You Are Good Enough” is on Retox’ upcoming album, YPLL, which arrives via Epitaph Records on May 7th, 2013. You can pre-order Retox’ YPLL at kingsroadmerch.com.