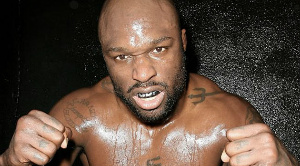 Season 8 of Bellator has been the most exciting season yet in the promotion’s history. Viewers who have been tuning in on a weekly basis have been treated to historic upsets, grueling tournament fights, and spectacular knockouts. Here’s a recap of the promotion’s shows thus far in Season 8:

Rick Hawn, winner of Season 6’s lightweight tournament was no match for Champion Michael Chandler who dismantled Hawn via rear-naked choke in the second round.

The most exciting performance of the night belonged to M-1 Global vet Mikhail Zayats, who knocked out former Strikeforce Light Heavyweight Champion Renato “Babalu” Sobral by a spinning back-fist followed by punches.

“Bellator MMA 86” took place in Thackerville, Oklahoma, and fans will forever remember the event for Ben Askren’s finish over Karl Amoussou in the main event. Askren successfully defended the welterweight title and it was only his second finish in eight fights for the company.

Douglas Lima finished Michail Tsarev by brutal leg kicks late in the second round, advancing to the welterweight tournament semi-final. Ben Saunders advanced by defeating Koffi Adzitso on the card as well.

Making his much-anticipated debut, Muhammed Lawal, better known as “King Mo,” beat his opponent Przemyslaw Mysiala by TKO in the first round.