MGS Creator Kojima Believes In Creativity Over Sales, But “Ground Zero” Might Be Too Controversial For Release 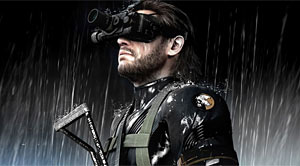 In a recent interview conducted by Videogamer, MGS series creator Hideo Kojima confirmed that he is prioritizing creativity over sales for MGS: Ground Zero, which he thinks might be too controversial for release this time around. Kojima explained that video games in the past 25 years haven’t matured enough and that “It’s always about killing aliens and zombies.” In addition, he also addressed games still have a long way to go before they can truly mature.

As for his upcoming stealth action, MGS: Ground Zero, Kojima said the focus is on mature and taboo themes, and may never be released in the market because it is “quite risky.”

“That’s precisely what I want to try to tackle with Ground Zeroes. Honestly, I’m going to be targeting a lot of taboos, a lot of mature themes that really are quite risky,” Kojima said. “I’m not even sure if I’m going to be able to release the game, and even if I did release the game then maybe it wouldn’t sell because it’s too much. As a creator I want to take that risk.”

So far I really like the sound of his approach for MGS: Ground Zero, screw sales and lets go all out boys. I believe all developers should listen carefully to Kojima and should probably start considering more mature themes in future titles.

I love zombies, but enough is enough. Right? Leave us your comment below.