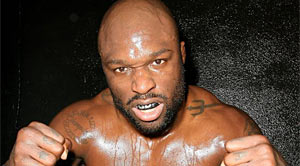 The second episode of Bellator’s eighth season goes down tomorrow night and features the debut of former STRIKEFORCE Champion Muhammed “King Mo” Lawal. “King Mo” signed a deal with both Bellator and TNA Wrestling, allowing him to compete in pro wrestling and mixed martial arts.

Bellator hopes to keep the momentum from last week, when they experienced the greatest viewership numbers in the company’s history with 938,000 viewers on Spike.