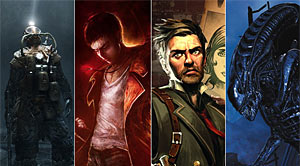 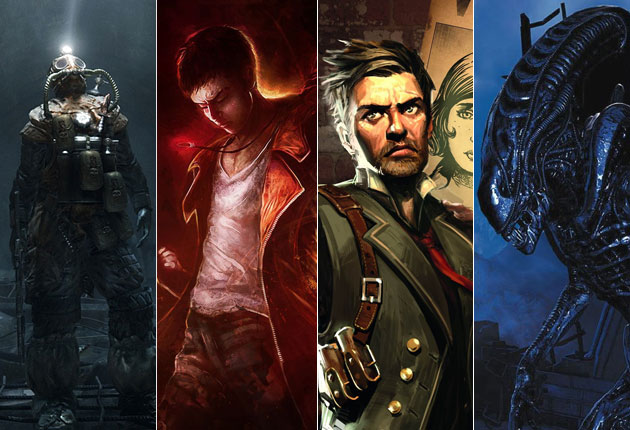 If you were one of the gamers disappointed by the semi-bland return to Rapture in Bioshock 2, the good news is that Ken Levine and the rest of the crew at Irrational Games is taking the series in an epic new direction. Up, to be precise. The floating city of Columbia provides the backdrop for the third installment in what is arguably one of the greatest series’ in gaming history.

You are Booker DeWitt, an FBI agent tasked with saving the young Elizabeth from Columbia in order to clear a debt. Simple, right? Wrong. What begins as an ordinary rescue mission evolves into something much more complicated and harrowing, thrusting Booker and Elizabeth into a civil war that’s tearing the city apart.

Who or what is Songbird? What is going on with Elizabeth’s superpowers? How the hell did this city even get built? The core experience will reportedly be on par with the Bioshock world you’ve come to know and love while introducing new mechanics and themes. We’re predicting this game will forever be used in “Games are totally art!” arguments for the rest of all time. Seriously though – we can’t wait!

Based on the novel of the same name by Dmitri Glukhovsky, Metro 2033 might not have been the polished game to come out in recent memory, but it is one of the coolest.

You are Artyom, a young man living within the vast metro system of Moscow following a nuclear war that left the surface completely barren and unlivable. A chance encounter with a friend of your father’s triggers a cataclysmic event that forces you to leave your home Metro and embark on a perilous journey to defend mankind from the mysterious Dark Ones.

Yeah, nerds… it was effing awesome! And now the sequel, Metro: Last Light promises to keep the same great storytelling with the added benefit of better production values, awesome graphics, and tighter mechanics/controls. Those who played the original game know that the climax was a tad open-ended, and are no doubt champing at the bit to revisit Artyom and discover what fate has befallen the Metro tunnels and stations. We’re seriously freaking.

The Last of Us

Developer Naughty Dog has never released a bad game. Think about that for a second… yup. Hot off the heels of the final installment in the phenomenal Uncharted series, the ND boys have cooked up a brand new IP with The Last of Us.

You’ll step into the shoes of Joel, a mysterious man just trying to get by following a terrible parasitic outbreak in the United States. Along with your young companion, Ellie, you will attempt to escape the new law running the show.

If there’s one thing Naughty Dog has always nailed it’s the action adventure genre, so trust us on this one – you need this game. Maybe even enough to buy a PS3 if you don’t have one already…

Rockstar Games has consistently developed some of the most thoughtful and well-written games available. Just take a look at the complexity and depth found in Red Dead Redemption and you’ll know what we’re talkin’ about. It is for this, and about a million other reasons, that GTA V makes our most anticipated list.

Details about GTA V have been kind of scarce, but we do know that there will be three main characters whose stories will overlap throughout the campaign. Oh, and we also know that trailers and screenshots prove this thing is going to be beautiful. If Rockstar can come anywhere close to replicating the amazing multiplayer of GTA IV, this game will surely be a slam dunk. Plus, if anyone can take down the cash-behemoth that is Call of Duty, it’s this guy right here.

And certainly there are plenty of other games that have yet to be announced. Don’t forget we’re also hitting the tail end of the current console generation, so it’s entirely possible developers and publishers are holding out for the next batch of hardware. Is there anything we forgot? Let us know in the comment section below.