Christopher Nolan Moves Out Of Gotham And Into Space 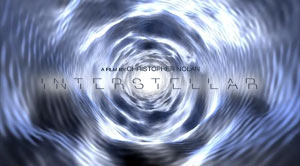 The Dark Knight trilogy is a distant memory for Christopher Nolan (kind of like that hooker I was with last week), and he’s moved on to tackle sci-fi in a space odyssey. Not 2001, but rather Interstellar.

It would seem that Christopher would be a shoe-in for the job, since his brother, Jonathan Nolan, penned the script. But not so, negotiations have seemingly been very complex and Steven Spielberg was attached as the director at one point.

Currently, Interstellar is on hold, but the synopsis on IMDB.com describes the film’s plot as:

An exploration of physicist Kip Thorne’s theories of gravity fields, wormholes and several hypotheses that Albert Einstein was never able to prove.

Not much to go on, but still intriguing, wouldn’t you say? There are no dates or cast members to report on at this point.