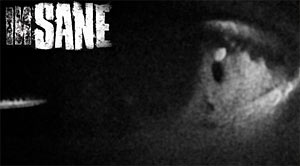 Here is some great news in regard to Guillermo del Toro’s upcoming survival horror video game titled inSANE, which was suppose to be developed under the wings of Volition, a subsidiary of THQ who filed for bankruptcy in December and is now defunct. Since then, inSANE has been officially canceled.

Until now, del Toro recently stated that the horror game is back on track, and that he is in talks with a “very big company” to resurrect it after pitching the project to numerous publishers.

“We are in talks with a very, very big company,” del Toro told the Toronto Sun. “I can’t say who, but it’s one of the big ones. They really responded to the game, they responded to what we were trying.”

Although there is still no word on who will develop inSANE, del Toro stated previously that he is a “big fan” of the studio that created Half-Life and Left 4 Dead, according to Gamespot, and that it would be a dream to work with a developer like Valve.

Lastly, inSANE appears to be in “good shape” since the major elements (i.e., the creatures, the levels, the world, and the story) were all in place previously.