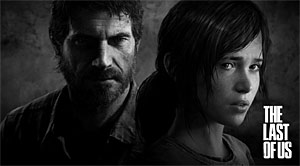 The highly anticipated third-person action-shooter by Naughty Dog titled The Last of Us had a new story trailer showcased Friday night at Spike TV’s 2012 Video Game Awards, which also revealed the games worldwide release date slated for May 7, 2013, exclusively for the PlayStation 3. The Last of Us was first announced exactly one year ago with reports speculating the launch of the game would be early next year.

The Last of Us is a promising post-apocalyptic adventure game developed by the same guys that made Uncharted, a series that has sold over 17 million copies worldwide as of April 2012. Naughty Dog has already confirmed that Joel will be the primary character players can take control of while you will be assisted by an AI female character named Elli. The Last of Us will incorporate both gun fighting and melee combat, and it will have a cover system very much similar to the Uncharted franchise.

Stay tuned on Yell! Magazine for more updates on Naughty Dog’s upcoming title The Last of Us.

Related Items: The Last of UsUnchartedvideo