Principal Photography For The Reimagining of “Patrick” Starts Today 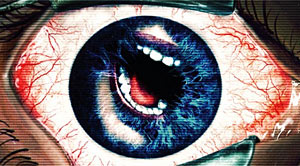 We just learned via ShockTillYouDrop that the principal photography begins today for the reimagining of Patrick. An Australian chiller film that was originally directed by Richard Franklin and released in 1978. The new film will now be helmed by director Mark Hartley with the shooting expected to be complete by December. The script for Patrick was written by Justin King and stars Sharni Vinson, Charles Dance, and Rachel Griffiths.

In room 15 of the secluded Roget Clinic lies a comatose murderer named Patrick. His doctor says he’s nothing more than 75 kilos of limp meat hanging off a dead brain – but Kathy, a young nurse, knows very differently. Patrick has a crush on Kathy and burgeoning psychic powers. His affection is about to turn into a deadly, bloody obsession!

Patrick is expected to be released in October (just like the original) of next year and just in time for Halloween. Keep checking back on Yell! Magazine for more daily horror updates.