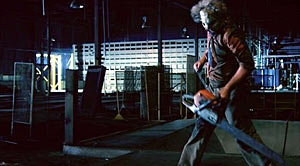 Texas Chainsaw 3D is making its way in theaters on January 4, 2013, and we have discovered a new featurette that contains behind-the-scenes footage, cast interviews, and best all, never before seen clips from the movie.

Texas Chainsaw 3D was directed by John Luessenhop (Takers, Lockdown) that promises to deliver “gruesome surprises” for a whole new generation with stars such as, Alexandra Daddario (Heather Miller) and Dan Yeager (Leatherface), including special appearances by Gunnar Hansen (the original Leatherface) and Bill Moseley.

Check out the video clip above, and let us know your thoughts in the comment section.