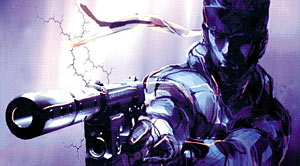 Japanese video game director Hideo Kojima of Kojima Productions and famous for nearly all the games in the Metal Gear Solid franchise (by the way, he’s not directing the upcoming title, MGS: Revengeance), has revealed details about the MGS movie that will focus on the legendary character he created back in 1987, Solid Snake.

According to Gamespot, Kojima spoke about the Untitled Metal Gear Solid movie at the Eurogamer Expo today. The film will be produced by Avi Arad (The Punisher, Hulk, Spider-Man) through Sony Pictures. Kojima also confirmed that he won’t be directing or writing the script as he will only be supervising the project. Lastly, he mentioned that Hugh Jackman was at the forefront for the Solid Snake role, but revealed that a newcomer will be cast instead without giving any name.