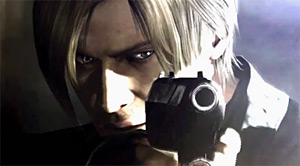 Launch day for Resident Evil 6 is less than a month away, and the guys over at Gamespot had a chance to test drive a near finished build of the game allowing them to dig into over 20 hours of gameplay, across the three starting campaigns. Those lucky bastards!

Thankfully, they also managed to capture some of the kick ass gameplay action from RE6 in three spoiler-free clips featuring Leon and Chris handling zombies with guns, as well as newcomer Jake, who takes on a giant mutated monster.

Without further ado, we encourage you watch the clips now, and make sure you book your calender for the release date of Resident Evil 6 on October 2, 2012 for PlayStation 3 and Xbox 360. The version for Microsoft Windows will come on a later date, unfortunately.

Chris Vs. Zombies With Guns