Nile Are “At The Gate of Sethu” On July 3 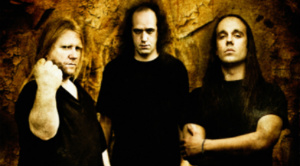 SOUTH CAROLINA – The reigning king of technical, historically themed brutality, Nile, has announced a July 3 release date for its upcoming studio album, At The Gate Of Sethu. The follow-up to Nile’s latest state-of-the-death-metal-art release, Those Whom the Gods Detest (2009), will once again be released via Nuclear Blast Records. Neil Kernon (Cannibal Corpse, Macabre) handled production duties for Nile’s seventh full-length. Nile recently wrapped up a U.S. tour in support of Detroit, Michigan’s melodic death metal outfit, The Black Dahlia Murder, which concluded with a performance at the New England Metal and Hardcore Festival on Friday night.